42% of Russians have somehow heard about the law “on foreign agents”. 11%, at the same time, are well aware of the law. More than half of Russians (57%) have not heard anything about the law. 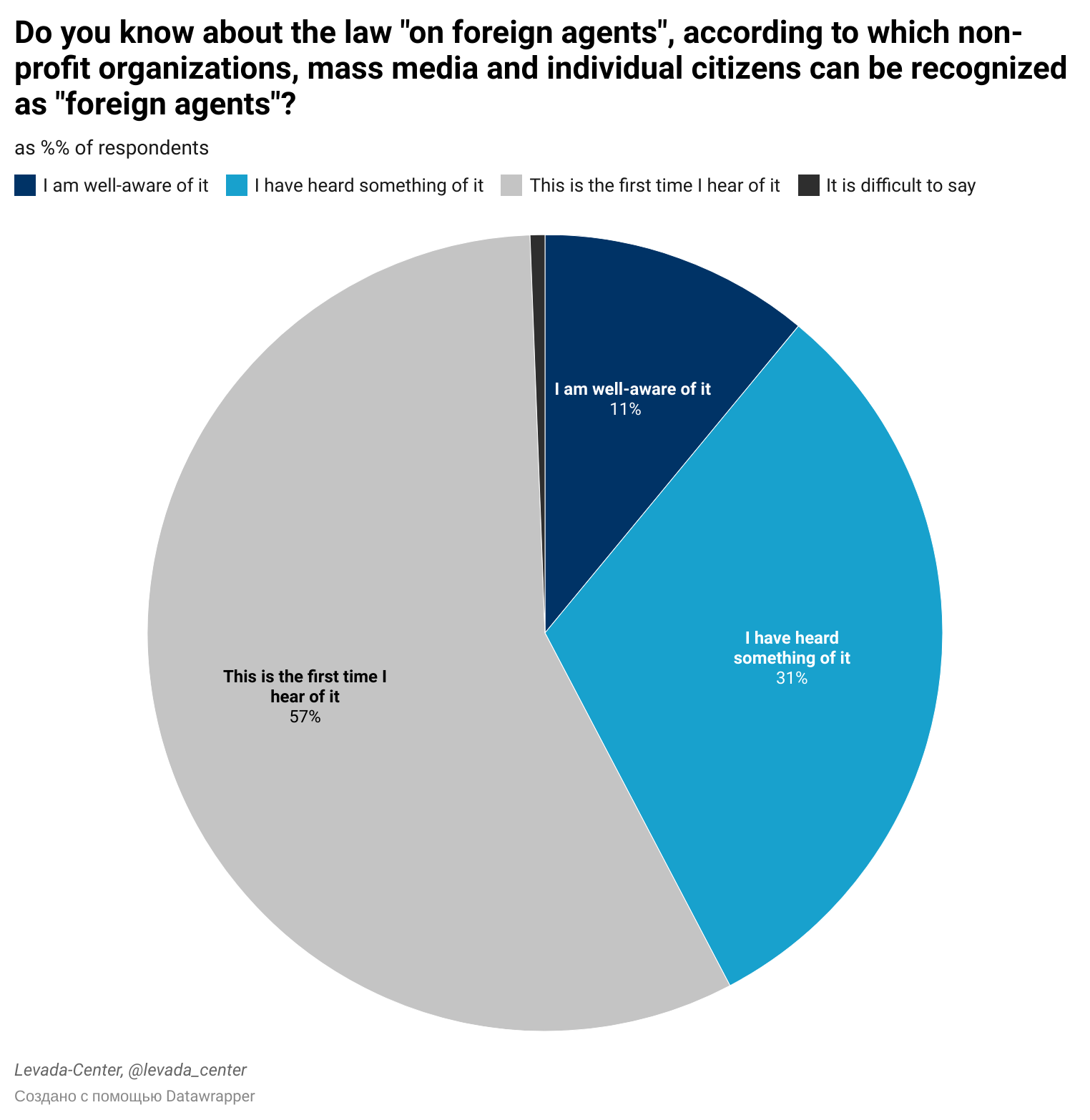 Readers of online publications are most aware of the law: 58% either know well about the law, or at least have heard something about it. Among TV viewers, the corresponding figure is slightly more than a third – 36%.

Opinions about the law were divided almost equally: 40% of Russians believe that the meaning of this law is to put pressure on independent public organizations, a little less (37%) – to limit the harmful influence of the West on our country. At the same time, about a quarter of respondents (23%) found it difficult to answer. 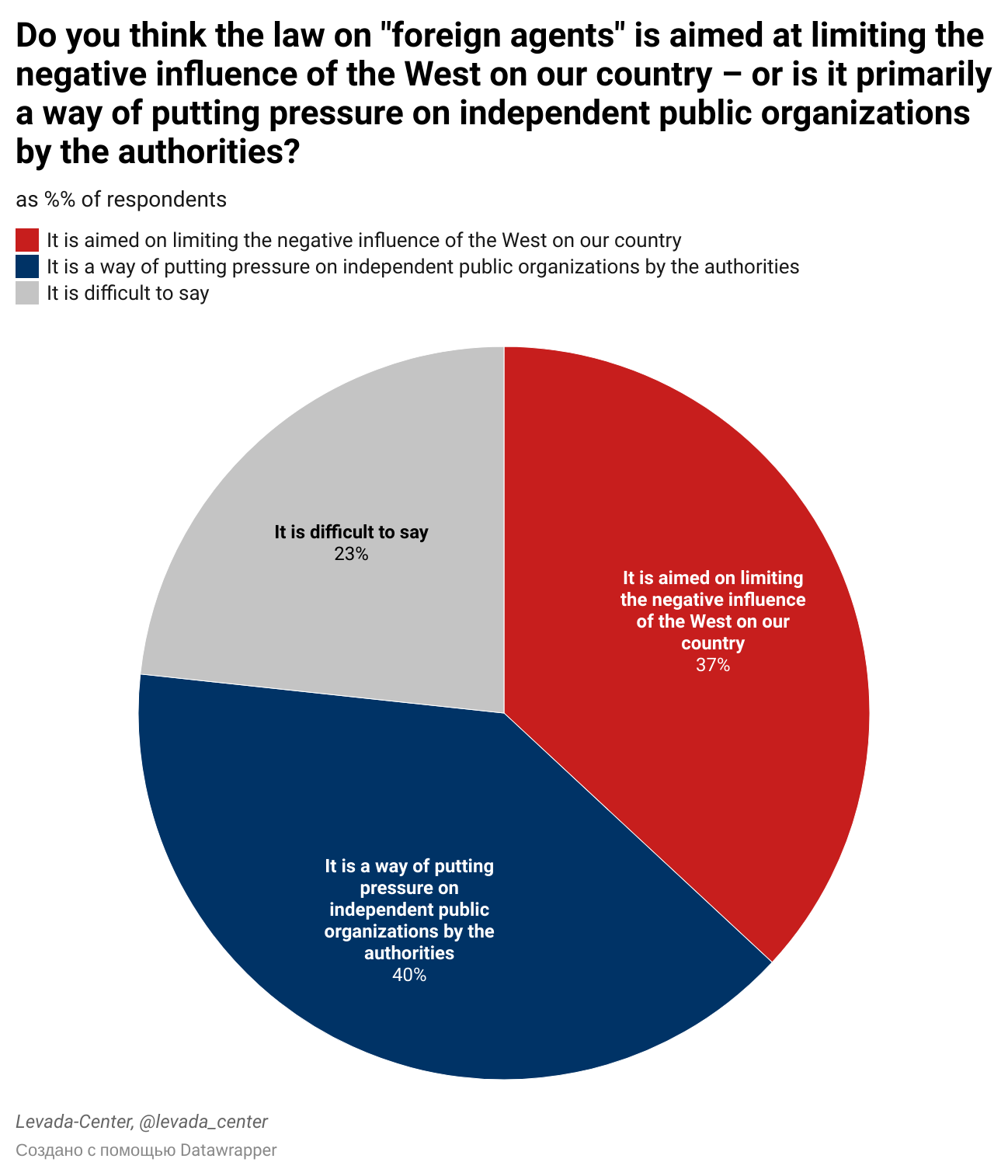 More than half of Russians (58%) will not change their attitude to politicians, the media or NGOs if they find out that they are included in the register of foreign agents. A quarter of respondents (26%) will worsen their opinion, 4% will improve it. 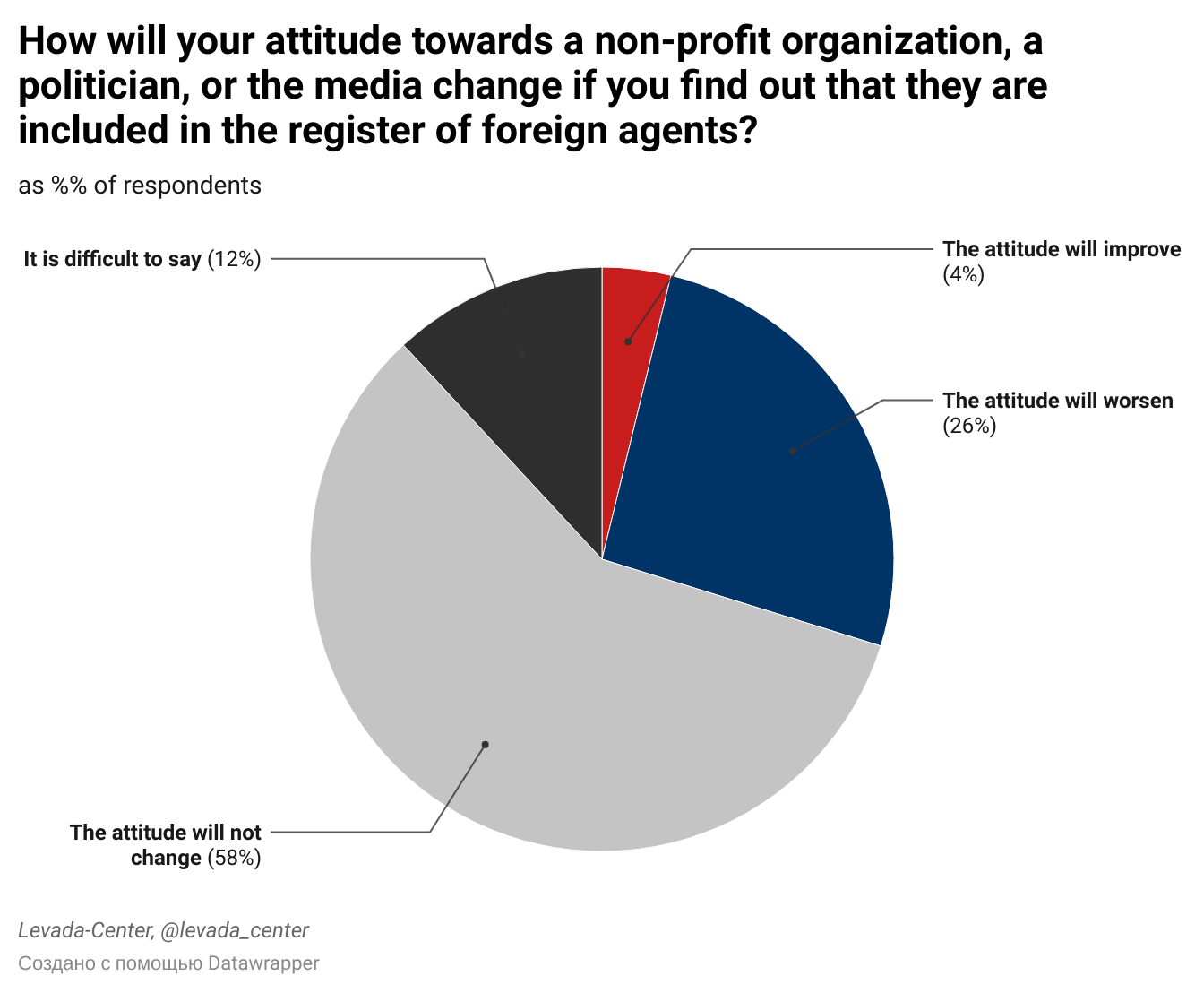 The wording of the questions was compiled together with the “Open Media”.

This survey was conducted July 22 – 28 2021, among a representative sample of all Russian urban and rural residents. The sample was comprised of 1619 people aged 18 or older in 137 municipalities of 50 regions of the Russian Federation. The survey was conducted as a personal interview in respondents’ homes. The answer distribution is presented as percentages of the total number of participants along with data from previous surveys.