Half of Russians (49%) think that the country is moving in the right direction, 40% think otherwise. This figure has recovered from the decline during the first wave of the pandemic. At the same time, 48% of respondents aged 18-24 think that the country is moving down the wrong path, 44% adhere to the opposite point of view. For the 25-39 age group, the results are 44% and 43%, respectively. Half of the respondents who receive news from social networks (50%) or from Internet publications (47%) tend to have a negative assessment of what is happening. 57% of those who learn about the news on television are confident that Russia is moving in the right way.

Overall, do you think the country is moving in the right direction or going down the wrong path?

Overall, do you approve or disapprove of Vladimir Putin’s actions as president of Russia?

The level of trust in Vladimir Putin has slightly decreased: now it is 29%, while in October 2020 it was 34%. For the first time, the level of trust in Alexei Navalny exceeded the corresponding figure for Gennady Zyuganov – now it is 5%, while for the leader of the Communist Party of the Russian Federation it is 4%.

Name a few politicians, public figures whom you most trust. 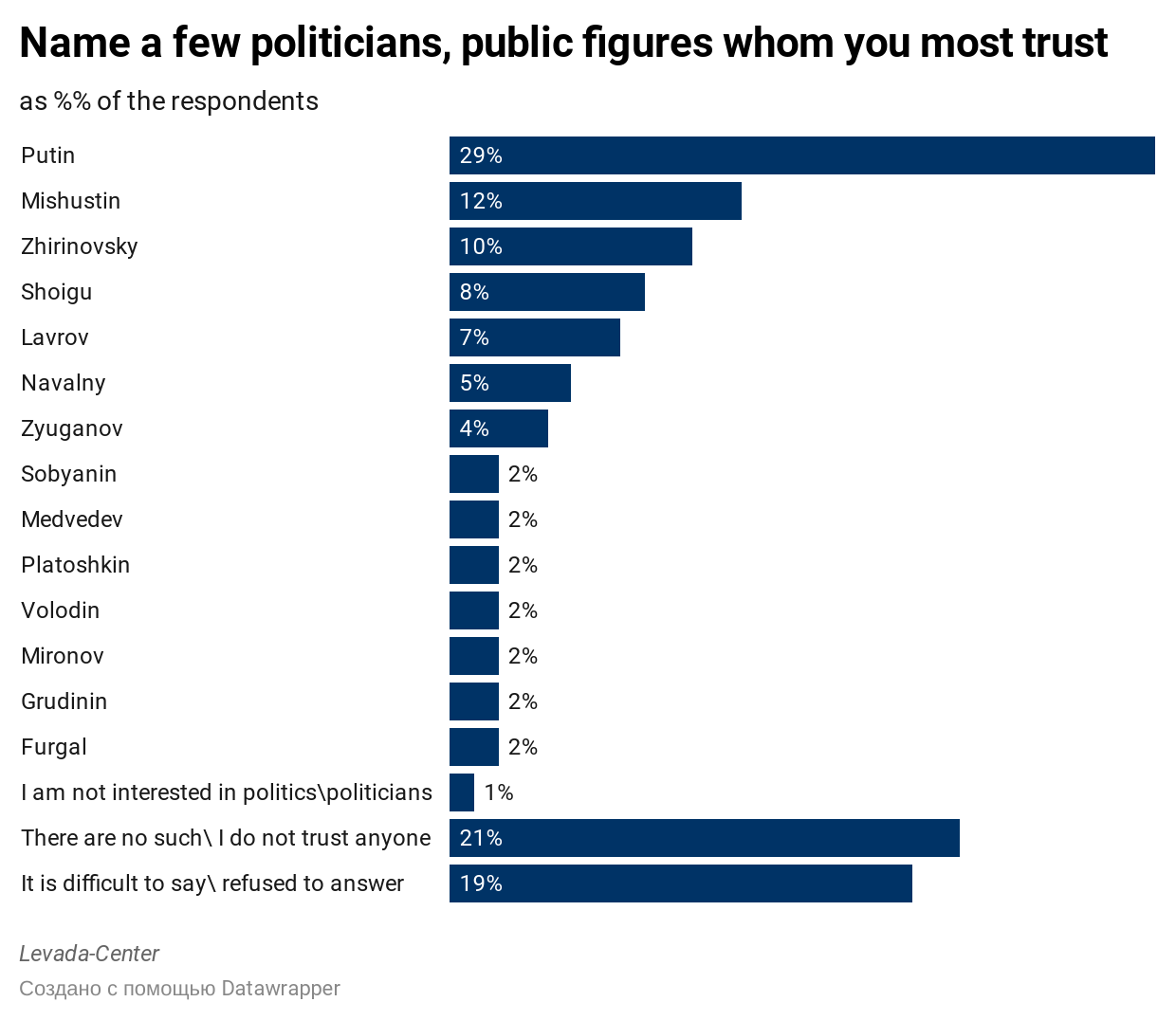 This survey was conducted January 29 – February 2, 2021, among a representative sample of all Russian urban and rural residents. The sample was comprised of 1616 people aged 18 or older in 137 municipalities of 50 regions of the Russian Federation. The survey was conducted as a personal interview in respondents’ homes. The answer distribution is presented as percentages of the total number of participants along with data from previous surveys.