On March 16, 2021, the State Duma in the final third reading approved the amendments to the Federal Law “On Education in the Russian Federation” also referred to as the “Law on Educational Activities” in media.

71% of Russians have not heard anything about this law, 23% have heard something, and 6% are well aware of the adoption of the law.

Did you know that the State Duma passed a law on controlling educational activities? 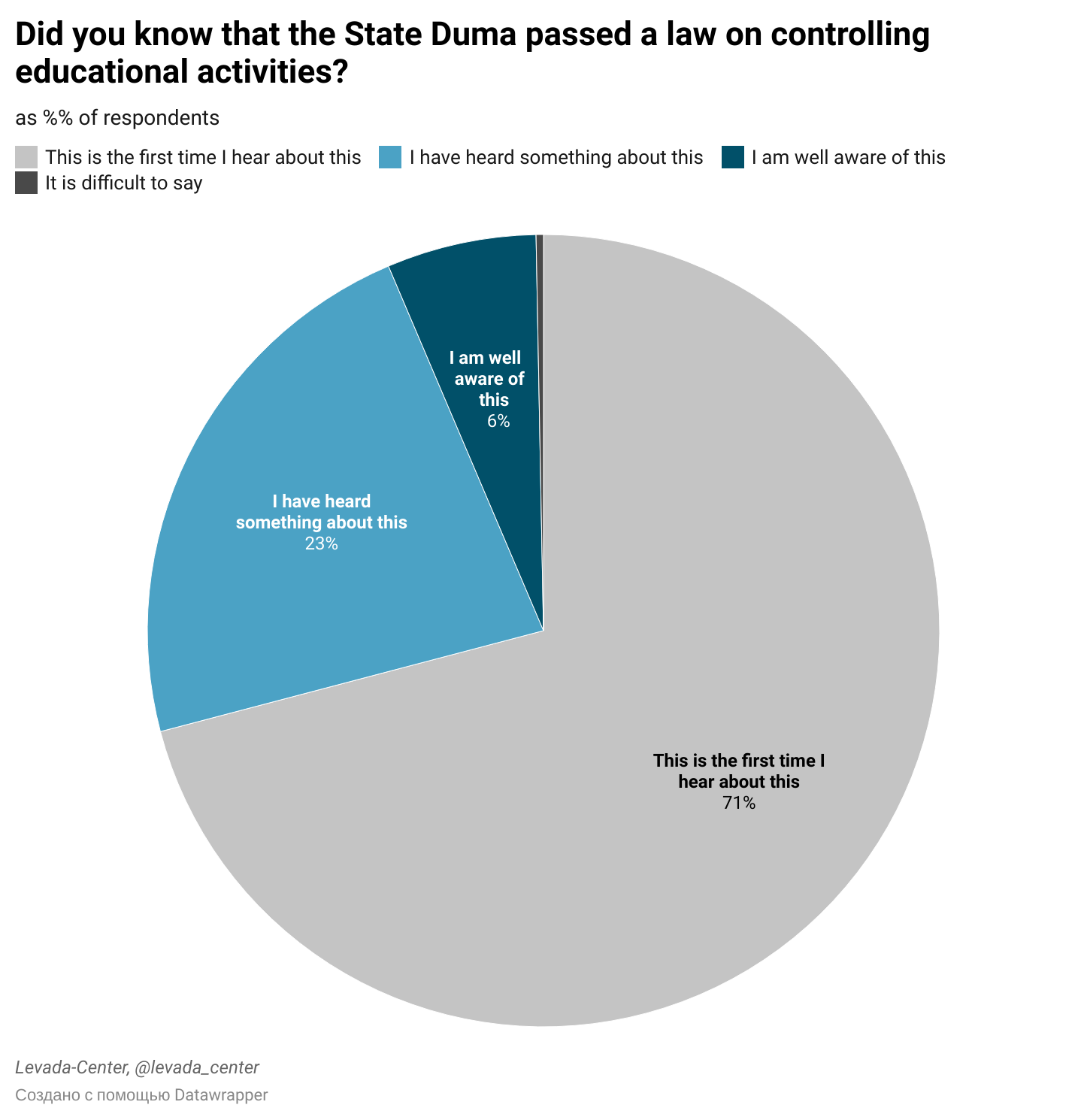 Readers of telegram channels are the most aware of the adoption of the law: 46% are either well aware of the law or have heard at least something about it. The figure is quite high among those who prefer other new media: 37% of online media readers and 36% of social media readers. Television viewers heard the least about the law – 27%

There is no clear-cut public attitude toward the new law in society. One-third of Russians (36%) believe the law is intended to increase censorship; slightly fewer (30%) believe the law is needed to combat anti-Russian propaganda. 34% of respondents had difficulty answering.

There are still debates in society about this law. Legislators believe that the law is aimed at combating anti-Russian propaganda carried out under the guise of educational activities. Many academic and cultural figures who oppose the law believe it is aimed at increasing censorship and suppressing dissent. What is your own view of this law? 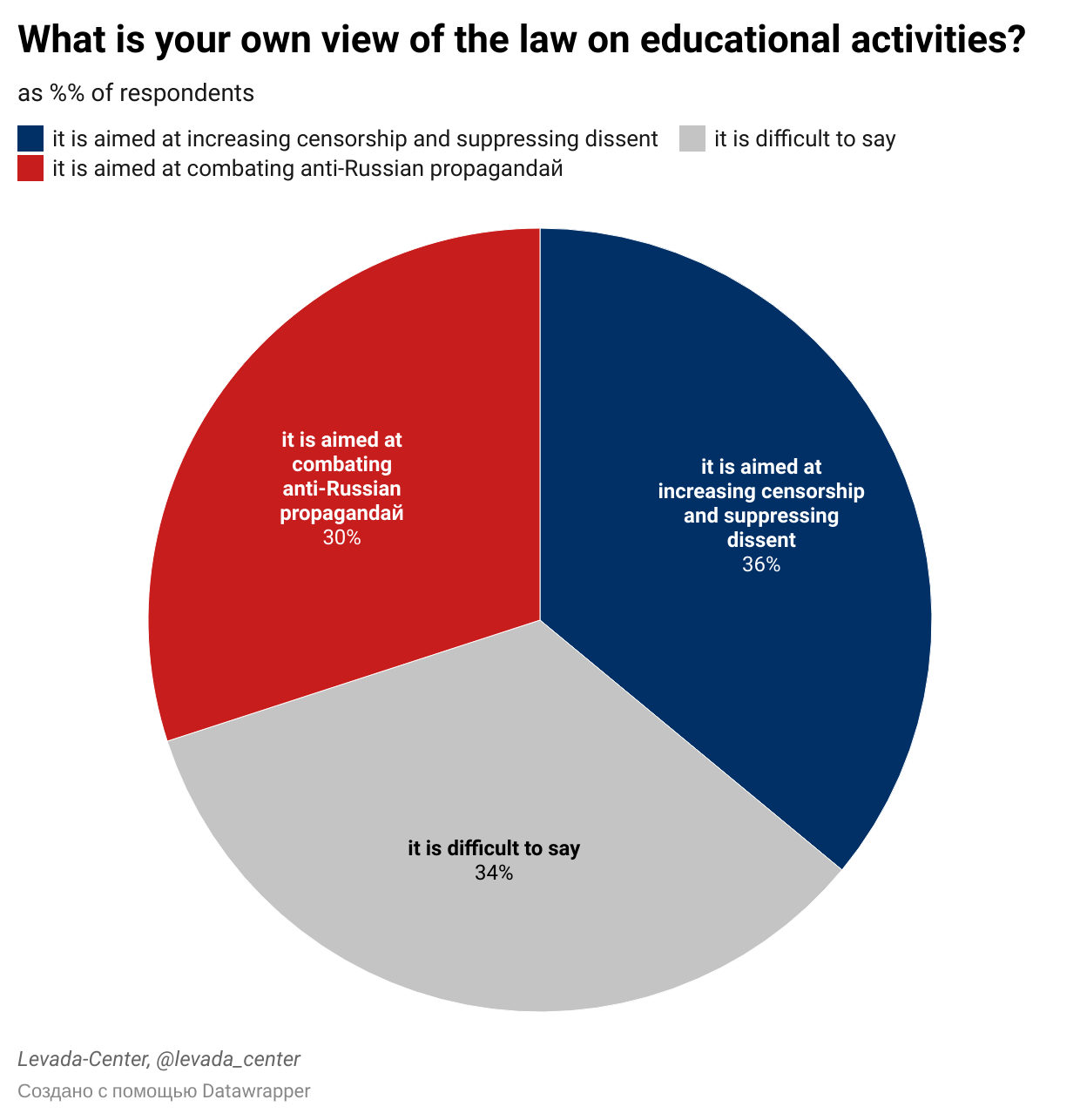 The majority of readers of Telegram channels (64%) believe that the law is aimed at increasing censorship. This view prevails among readers of online media and social networks: 48% and 51%, respectively. Among television viewers and radio listeners, the version that the law is intended to combat anti-Russian propaganda has a relative advantage – 39% and 37%, respectively.