Against the background of aggravation of the foreign policy conflict around Donbas, the attitude of Russians to Ukraine has deteriorated. While in February 55% of Russians had a positive attitude towards Ukraine and 31% – a negative one, in March these figures were 50% and 35% respectively.

The attitude of young people to Ukraine has not changed: in February 66% had a positive attitude, 16% – negative, in March – 68% and 19% respectively – changes within the statistical error.

How do you feel about Ukraine right now?

28% of Russians believe that the DPR and LPR should become independent states, another quarter (25%) is in favor of the republics becoming part of Russia. 16% of respondents are supporters of expanded autonomy within Ukraine, 10% – of returning to Ukraine on general terms.

The point of view about the need for independence of the republics remains the most dominant, but it is slightly losing popularity: in May 2014 this position was held by 36% of respondents. The uncertainty of Russians in this question is growing: in May 2019 only 15% found it difficult to answer the question, in March 2021 – already 21%.

Which of the following opinions regarding the independence of the DPR and LPR would you rather agree with? 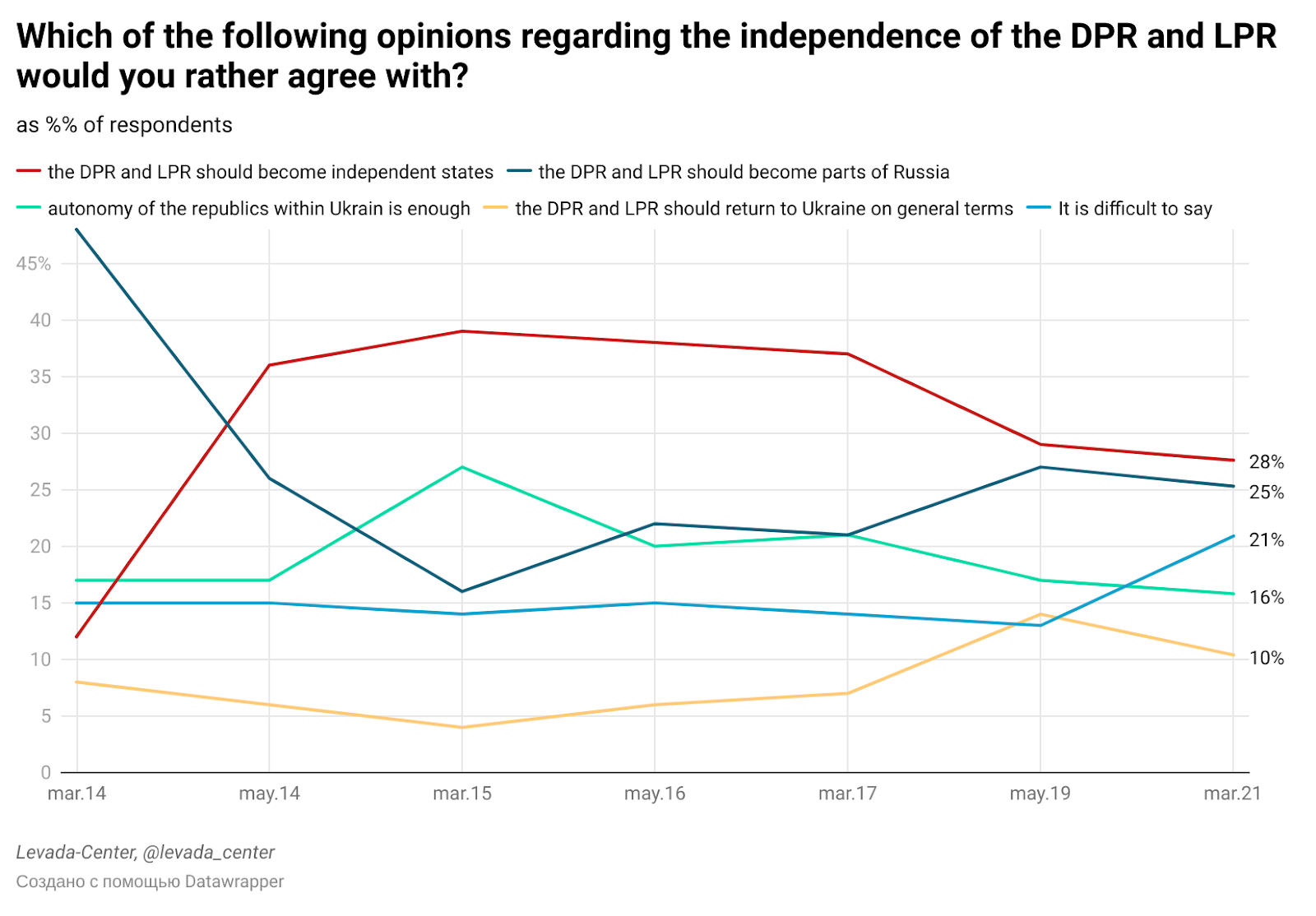 How do you think the conflict in the southeast of Ukraine will most likely end?

* Until 2021 the question was asked in the following wording:

What do you think about the political future of southeastern Ukraine (Donetsk and Luhansk regions)? Which of the following options would you prefer?

The answer options were as follows: