Most Russians (77%) are aware of the restrictions on air travel to Turkey. 3% of respondents noted that this restriction has affected them personally to some degree. 23% of Russians have not heard anything about the restrictions.

Half of Russians (49%) support restrictions on air travel with Turkey, one-third (34%) do not. Another 17% found it difficult to answer. 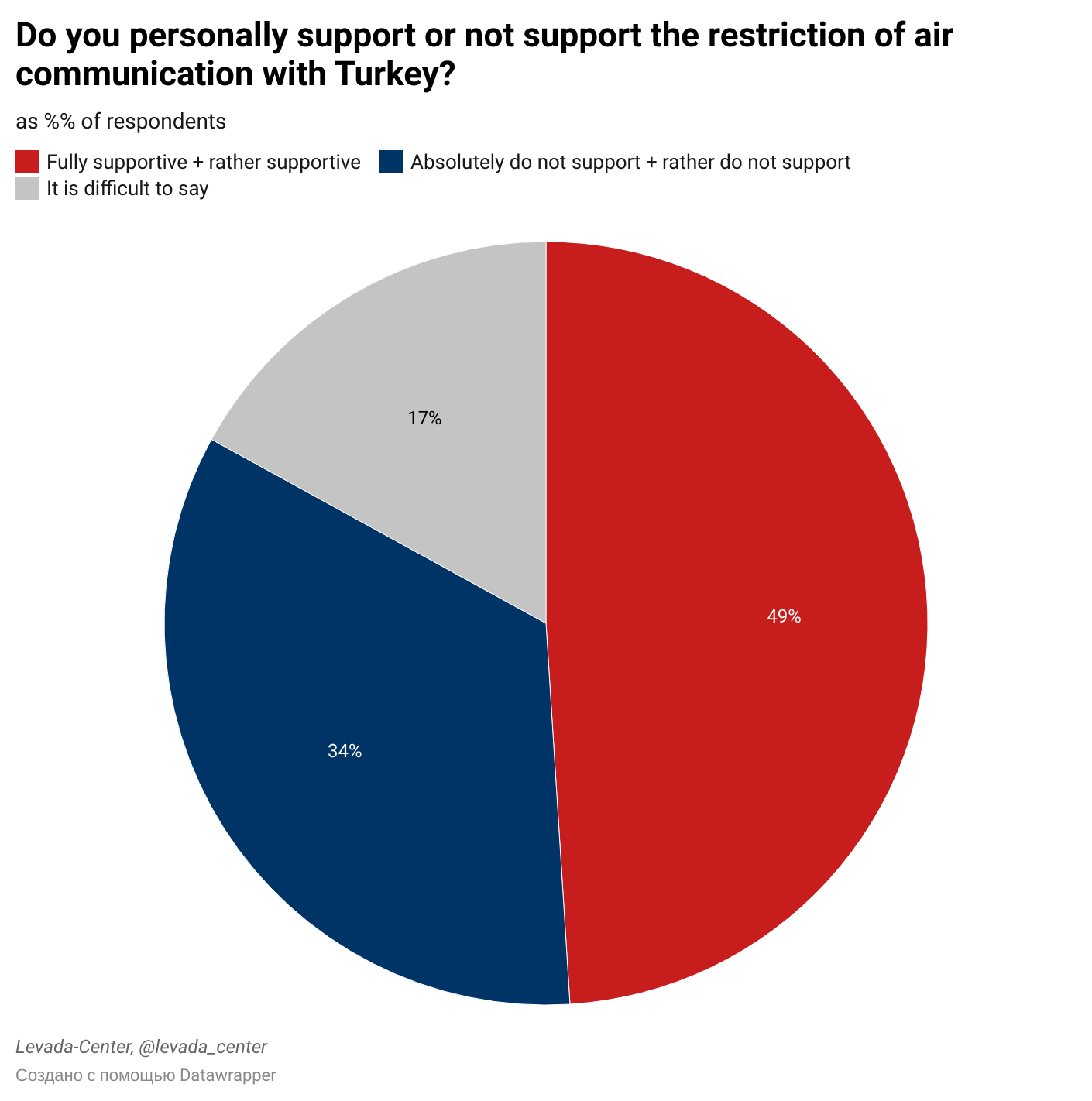 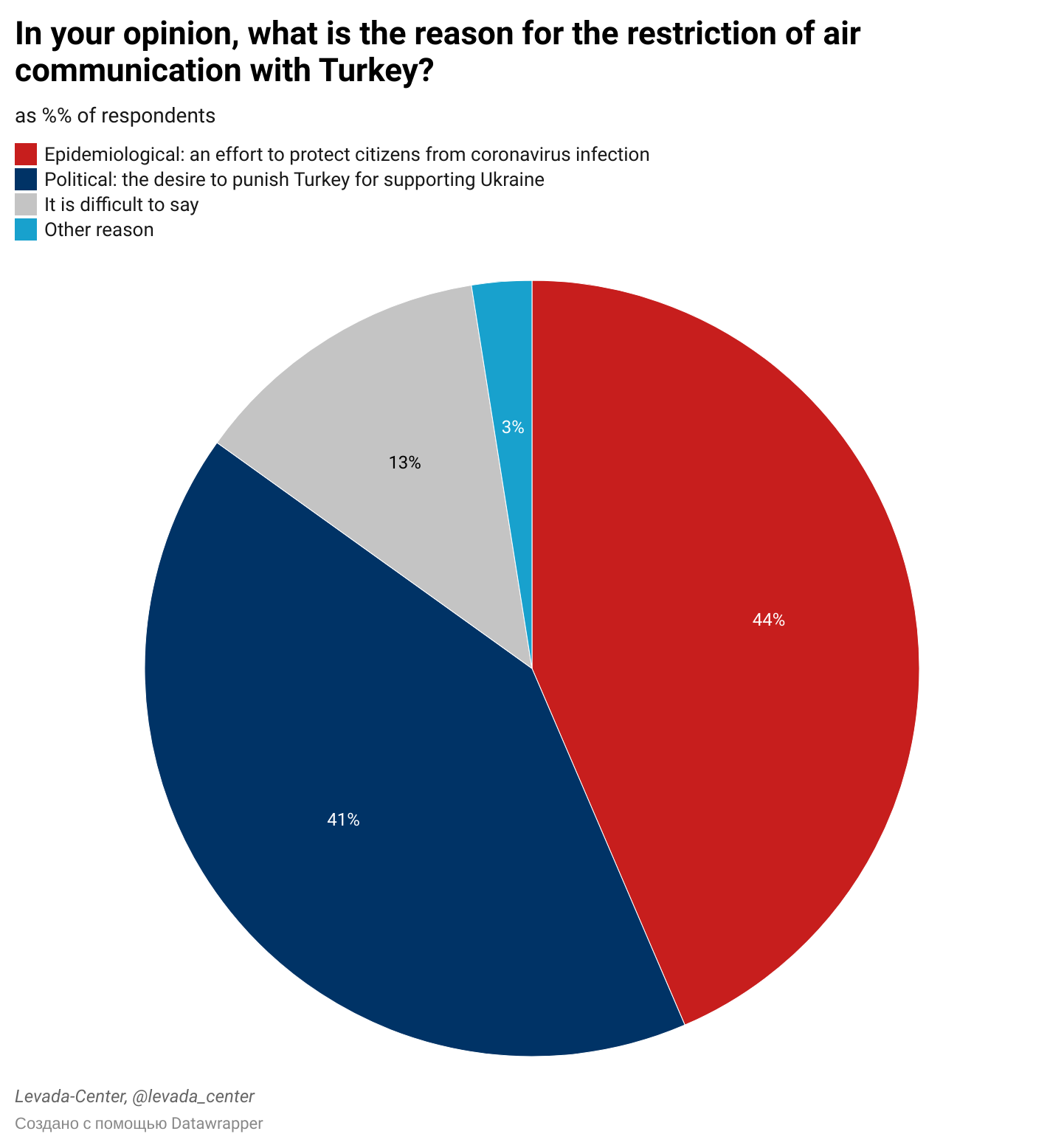