During the survey, every fifth Russian (22%) gave a positive answer to the question about the desire to go abroad for permanent residence. This is the highest figure since 2013. Mostly young people would like to leave: half of the respondents (48%) aged 18-24 years. 10% of respondents are taking some steps to leave. 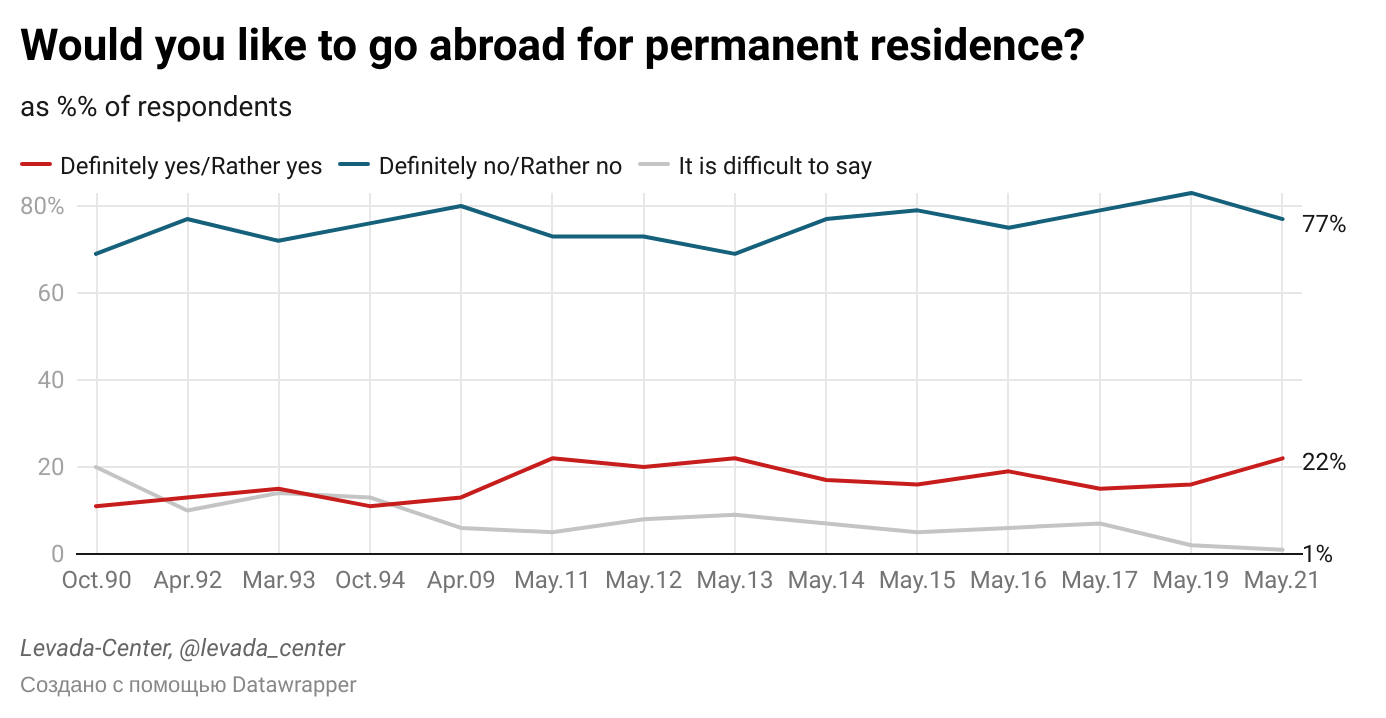 Would you like to go abroad for permanent residence? (2010s, as %% of respondents) 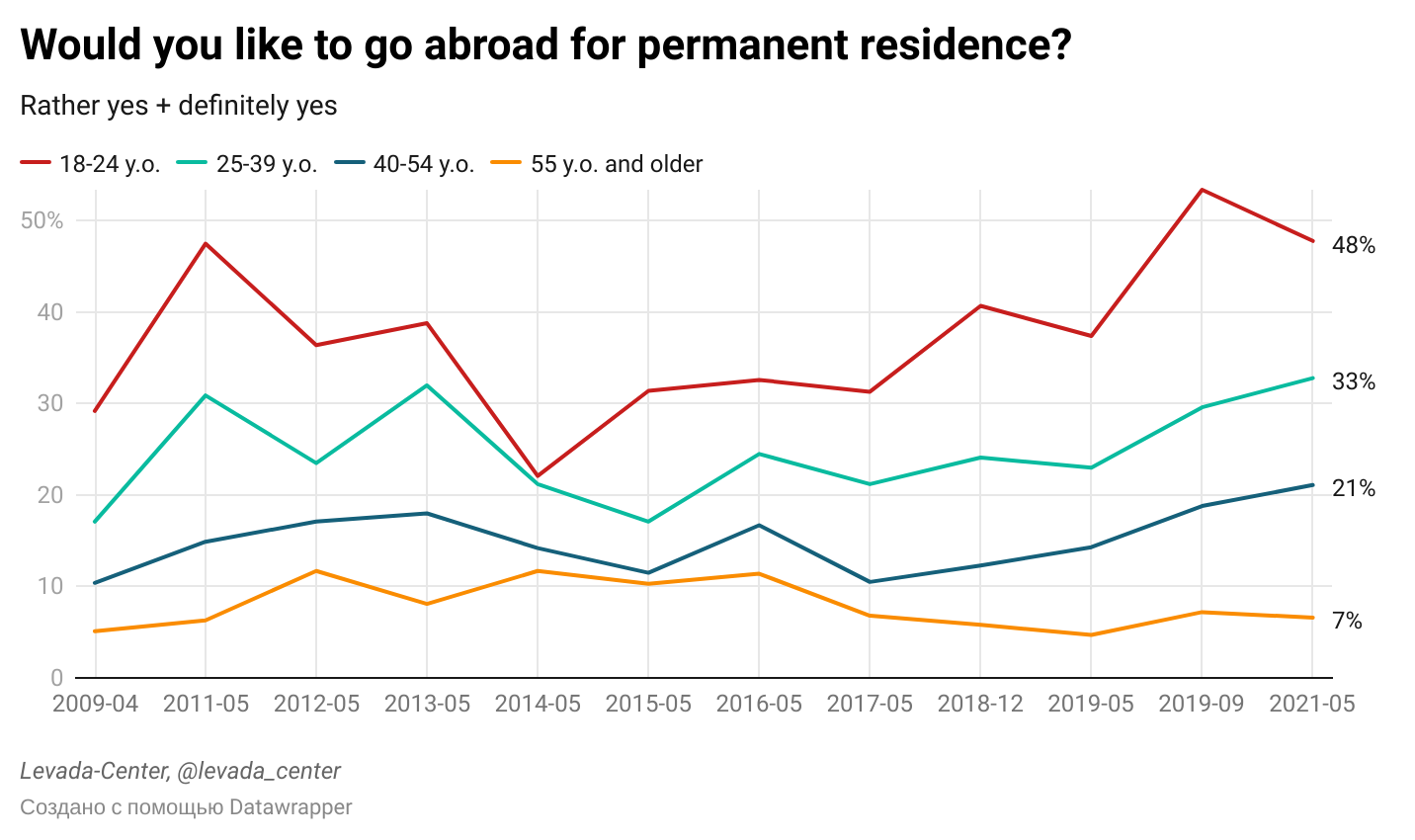 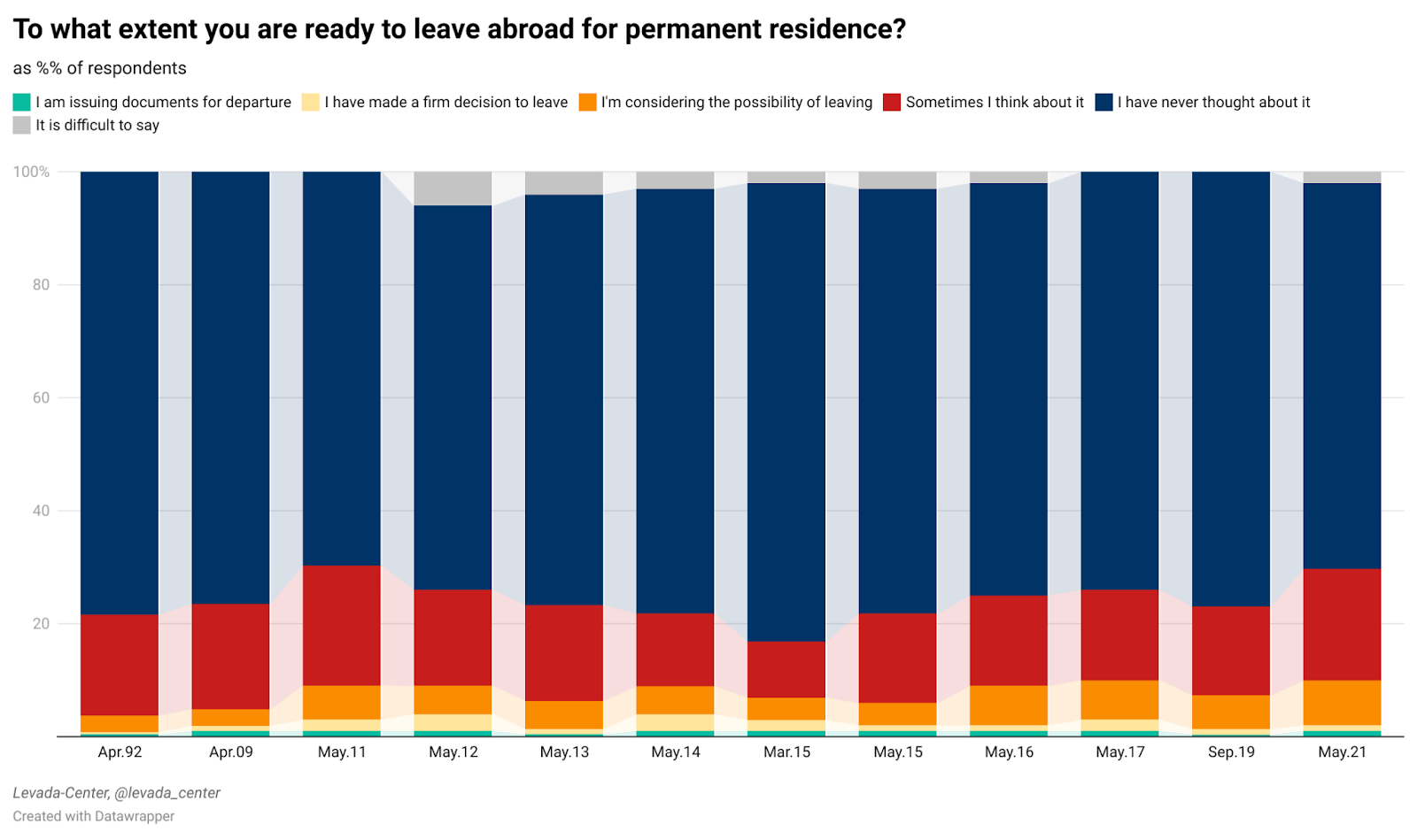 To what extent are you now ready to go abroad for permanent residence? (as %% of respondents)

This survey was conducted May 20 – 26 2021, among a representative sample of all Russian urban and rural residents. The sample was comprised of 1620 people aged 18 or older in 137 municipalities of 50 regions of the Russian Federation. The survey was conducted as a personal interview in respondents’ homes. The answer distribution is presented as percentages of the total number of participants along with data from previous surveys.