The 2021 address to the Federal Assembly was less popular than the 2020 address. Older groups of respondents watched the address more than younger respondents. Half of the Russians (54%) who have heard something about the address believe that it will have an impact on life in the country, which is slightly less than last year.

A quarter of Russians (24%) have watched all or nearly all of the President’s Address to the Federal Assembly, another 19% know its content from the news, 29% have heard something about the message, and 29% have heard nothing. 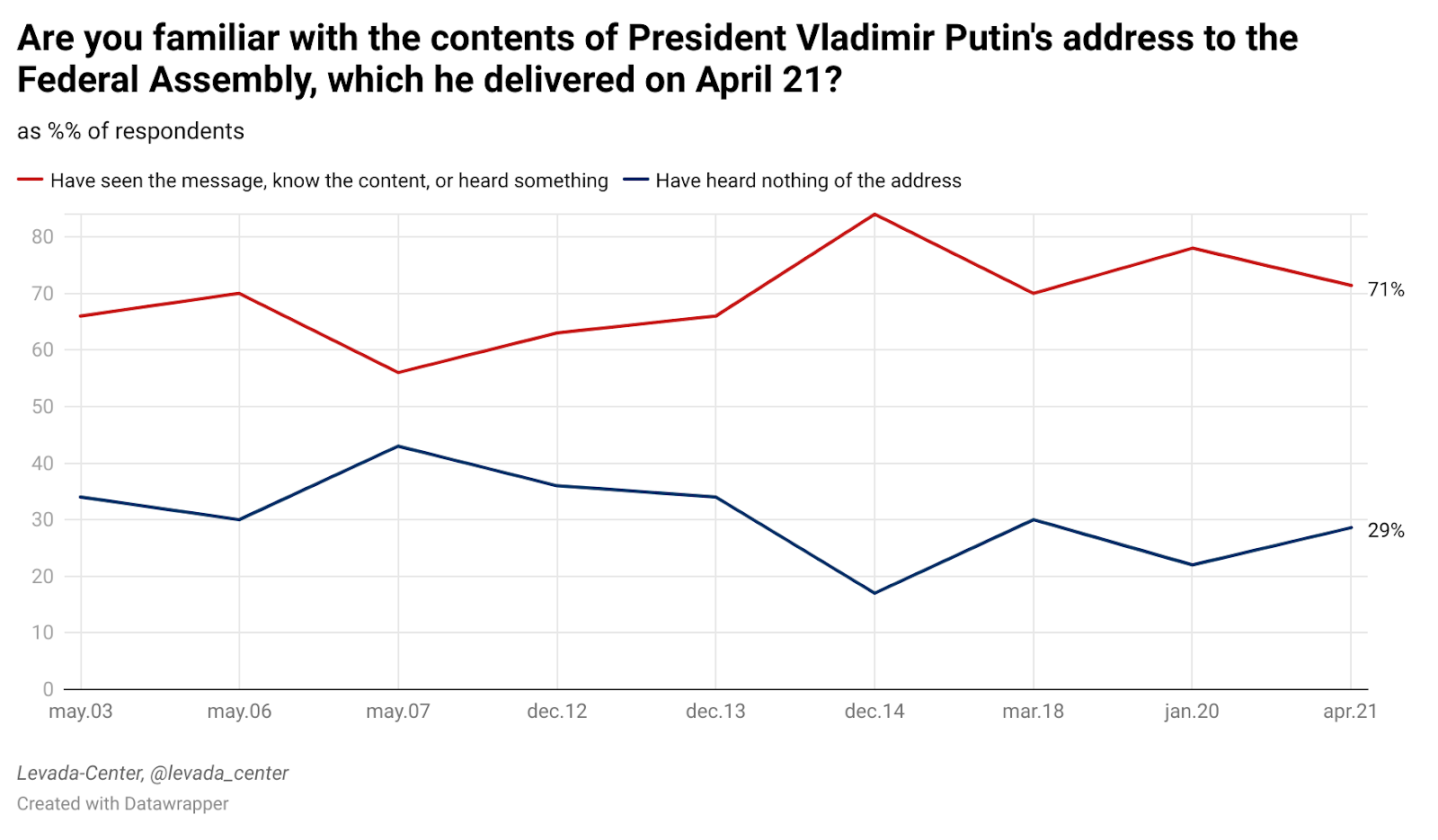 Half of all Russians (54%) who have heard anything about the Address believe that it will have a major impact on the country in one way or another. This is slightly less than last year (61%).