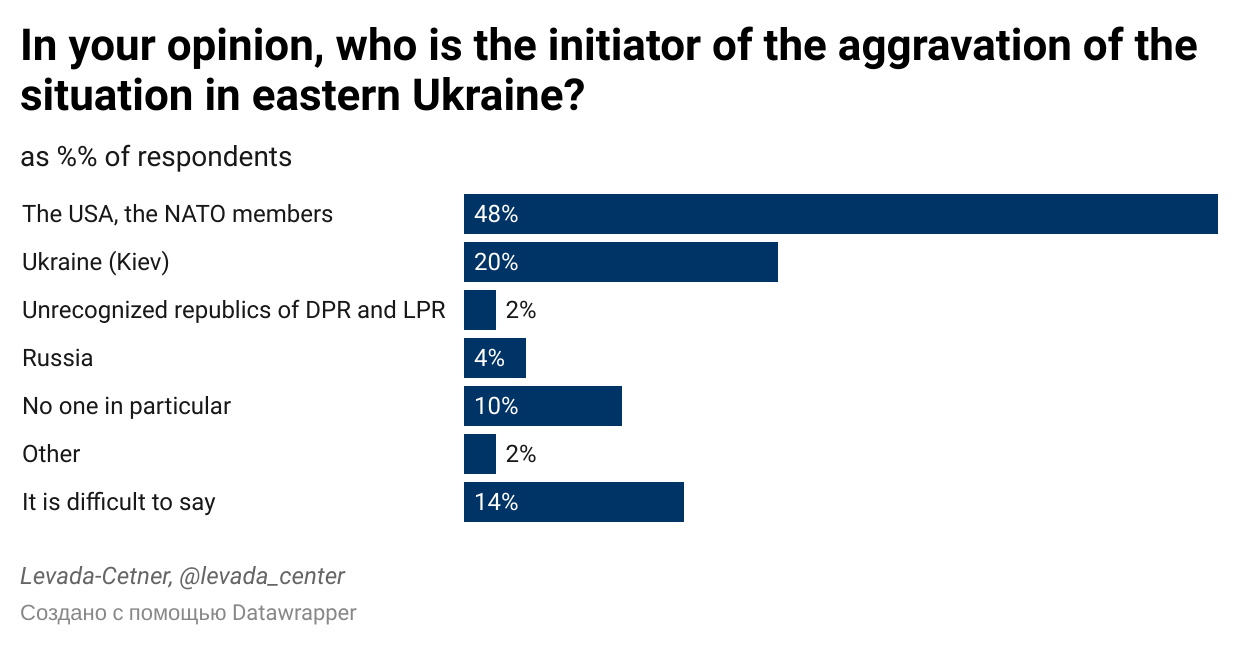 More than half of television viewers (57%) and radio listeners (52%) believe that the United States and NATO are to blame for the escalation. Among those who prefer new media, the proportion is somewhat lower: 46% for Internet readers, 39% and 26% for readers of social networks and telegram channels, respectively. 28% of the readers of telegram channels surveyed believe that Russia is to blame for the escalation.

On the issue of whether Russia should intervene in the conflict on the side of the DPR/LPR in the event of hostilities, the opinion of Russians was divided almost evenly.

The majority of Russians (65%) would support the incorporation of the DPR/LPR republics into Russia, if they asked for it. 26% would not support it. 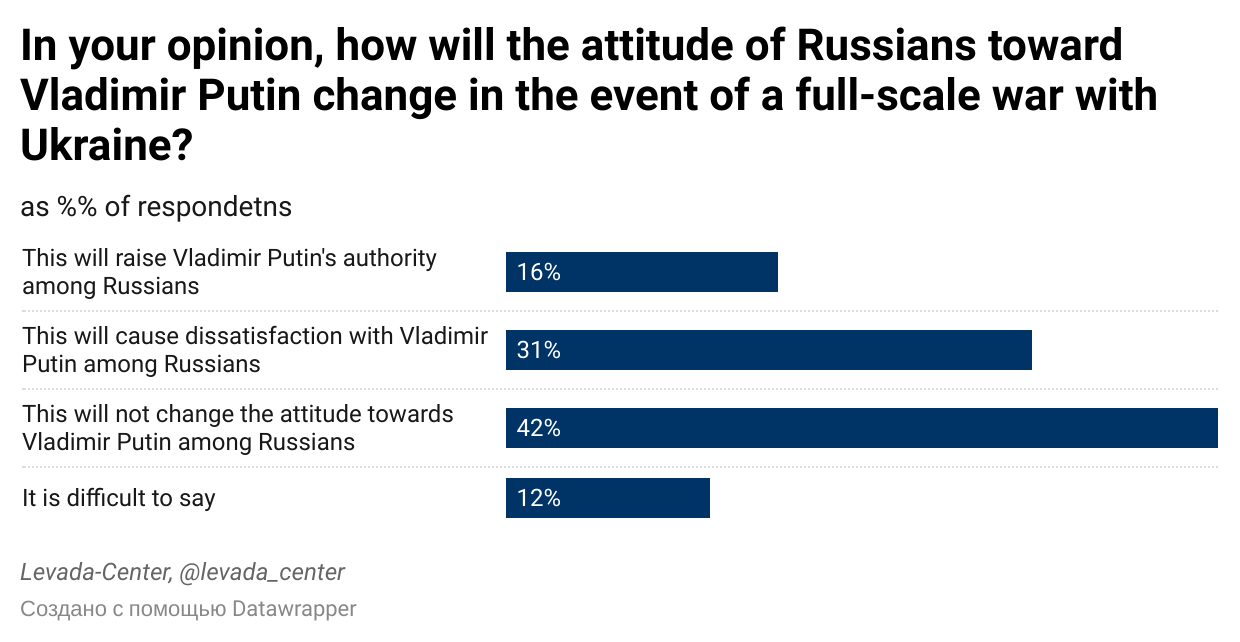 The wording of the questions was compiled in cooperation with Open Media.